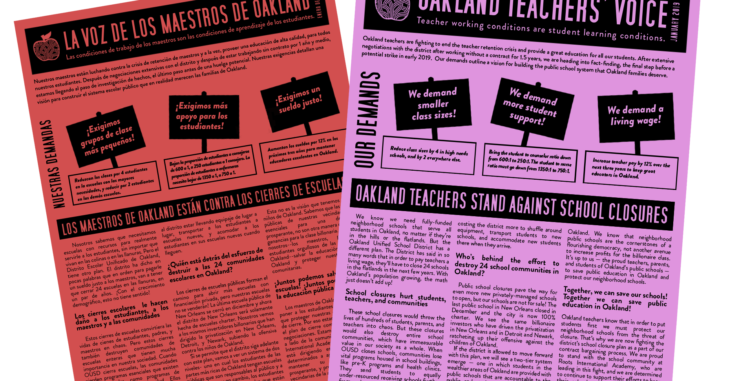 We know we need fully-funded neighborhood schools that serve all students in Oakland, no matter if they’re in the hills or the flatlands. But the Oakland Unified School District has a different plan. The District has said in so many words that in order to pay teachers a living wage, they’ll have to close 24 schools in the flatlands in the next few years. With Oakland’s population growing, the math just doesn’t add up!

Read the entire January Edition of Oakland Teachers’ Voice below: