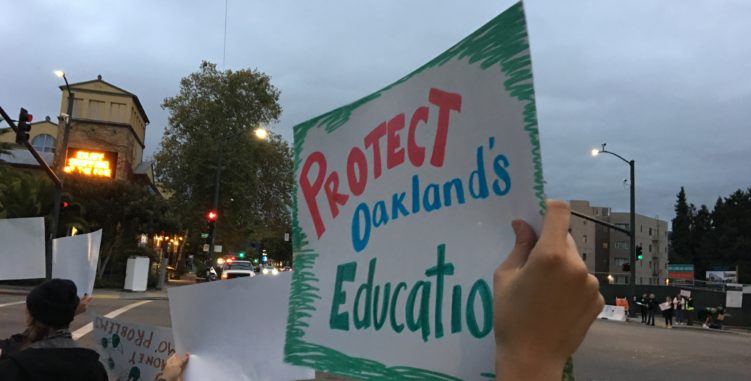 Oakland Teachers have been working without a contract since July 1, 2017. Oakland educators will hold a rally and march to the school board meeting on Wednesday – California’s Day of the Teacher – to demand a fair contract settlement.  Wednesday’s rally follows 60% of OUSD schools participating in a Work to Contract Week March 26-March 29 and a march of 800+ on the district Headquarters on April 24. These actions are taken to demand that OUSD put real proposals on the table in order to settle the contract with the members of the Oakland Education Association.