(February 18, 2019) In an attempt to undermine the unity of Oakland teachers and parents, the Superintendent and her spokesman have alleged that the union is the barrier to resolving this dispute. Don’t believe their spin. For nearly three months, OUSD has said they have a “new,” “improved,” “substantial,” and now “comprehensive” proposal to make. We haven’t seen it. We have consistently replied to these promises by asking OUSD to send us this new proposal, and would gladly consider one that dramatically changes the district’s approach by reinvesting in our schools.

OUSD has been delaying for two years. While teachers on our bargaining team attended bargaining for nearly 200 hours – PLUS seven mediation sessions – fully-prepared, taking time away from their classrooms in service of their students, OUSD negotiators repeatedly showed up late, unprepared and often unauthorized to reach agreement.

Oakland teachers and parents are united that OUSD must reinvest in our schools, including: paying teachers a living wage to keep them in Oakland, reducing class sizes for better learning, providing badly needed nurses, school psychologists and counselors, and ending plans to close up to 24 public schools. Instead of being dishonest with our community, OUSD should focus on improving our schools.

We have been consistent and clear with the district that we will consider a proposal that dramatically reinvests in our schools. For example, see my most recent exchange with OUSD’s chief negotiator below: 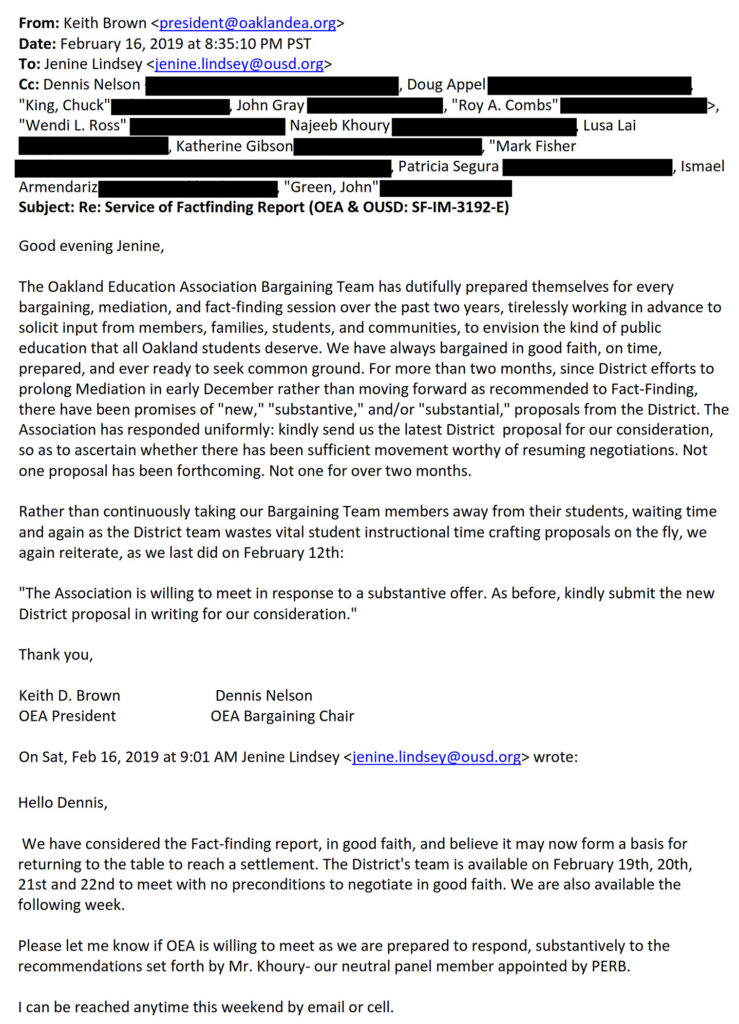